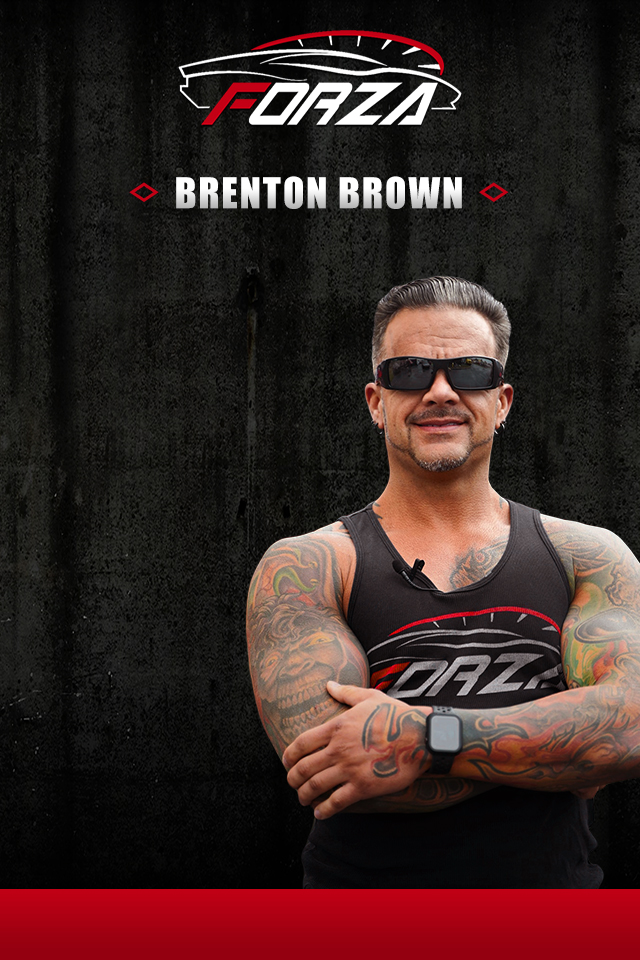 Add Brenton To Your Contacts?

Brenton Brown, the owner of Forza Tuning and Performance, is a self-taught mechanic, fabricator, and tuner. Brenton, a native to Louisville, amazed his parents when he started constructing advanced building sets before he could even read the instructions to put them together.

He started fixing the neighborhood go-karts and minibikes. While his dad was at work one day Brenton grabbed the manual to his dad's lawnmower and took the mower apart, just to put it together the next day.

By 12, he had a plan to buy his first car. He spent the next five years mowing lawns and saving his money, at 17 he bought a '64 Impala, but with no money to modify it, he started fixing and modifying other people's cars. He gained the reputation of being "the guy who fixes everything" and continued teaching himself even more.

?After Brenton graduated high school, he knew without a doubt that he wanted to continue doing what he loved - working on cars.

He had the determination and persistence to make his dream of working on performance cars a reality. For the next several weeks he would stop in one exotic car specialty shop looking for a full-time position. After eight or nine of Brenton's persistent visits, the owner came in from the shop area and stopped Brenton from applying again.

The owner asked, "Do you have your own tools?"

Brenton replied "Yes." He was hired on the spot. So began Brenton's career in Exotic automobiles.

?For the next eight years he progressed through general repairs into performance upgrades and even did full "frame-off" restorations.

Brenton learned quickly and developed valuable skills; his talents became evident to the shop owner. The result was that Brenton became that shop's head technician.

?But his story does not stop there. Brenton left that exotic car specialty shop on good terms with the owner. Brenton gained his ASE certification, then worked for several local shops until he decided to follow his heart and take the biggest leap of all, opening his own exotic car shop.

?Brenton's reputation of "the guy that can fix everything" has grown into "Exotic Car Doc". He has come a long way from that young boy who loved cars and rebuilding engines. He is a happily married man and a father who continues to be driven by the desire to turn his dreams into the reality you see at Forza Tuning and Performance.

With a strong customer base in the Tampa Bay area, Brenton is honored to serve the Sarasota, Orlando, Miami, and Jacksonville areas. Forza also offers fully insured, enclosed vehicle transportation to our state-of-the-art facility across the continental United States and to many countries around the world.

SavvyCard is an online business card that makes working with Brenton as easy as tapping a button!