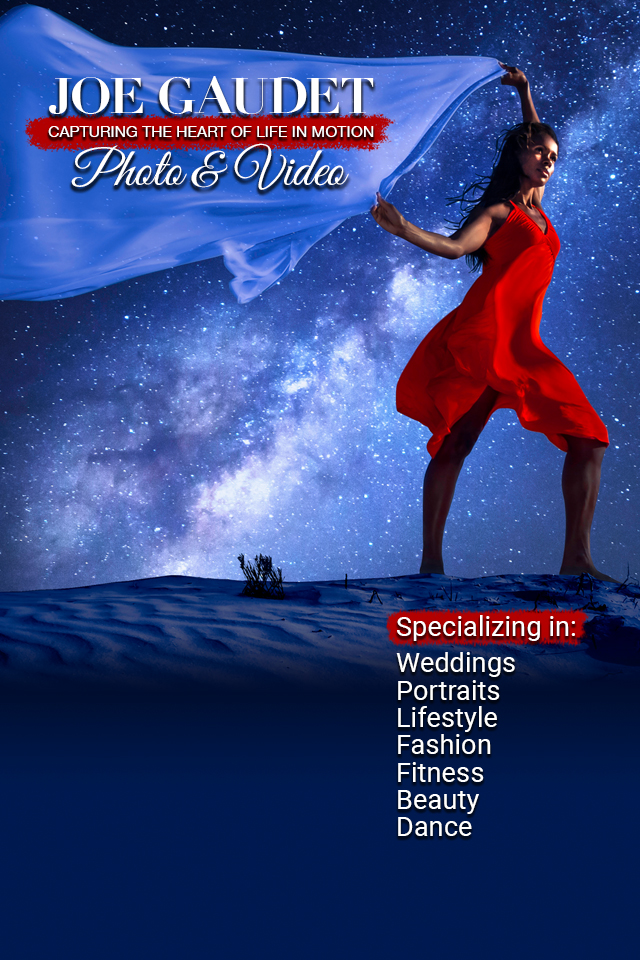 Add Joe To Your Contacts?

I discovered my passion for photography and film & video production through the gift of a 35mm camera at the age of 15. And I first learned the skills required to be a photographer by taking a series of photography courses at nearby Langley Air Force base, where my Dad was stationed. Soon after, I became my high school yearbook photographer allowed me to have unrestricted access to all school events, including sports. After high school I joined the U.S. Navy where I became a helicopter rescue crewman, aerial sonar operator and aerial photographer. After 4 years in the Navy I attended Brooks Institute in Santa Barbara, CA where I earned Fuji and Kodak scholarships before graduating with honors.

Eventually, my desire to go into film and video production full-time led to a move to Nashville where to shoot country and contemporary music videos, working my way up from art director to camera operator, then director of photography and director. I worked hard to achieve the same visually graphic style that helped me to become a successful photographer, and eventually these skills helped to attract Nashville record labels including Mercury, Capitol, Curb, RCA/BNA, MCA, Step One and Benson Music Group. A friend offered me a job with the Shop At Home Television Network in Nashville, where I worked as Manager of On-Air Promotions, and was eventually offered his position as Creative Director and Senior Producer, after he left the Network. I worked at Shop At Home for over 7 years, and I can say it's been the best full-time position I've ever had.

I moved to St. Petersburg full-time, after coming here for vacations three years in a row. I held two full-time jobs as  Creative Director and Senior Video Producer positions before starting my own business again. Joe Gaudet Photo & Video is a customer-centric photography and video content creation company based in St. Petersburg, Florida that serves major cities throughout the state. I primarily shoot weddings and portraits however,  I'll continue to work with a variety of commercial and corporate clients on projects that I love.

SavvyCard is an online business card that makes working with Joe as easy as tapping a button!