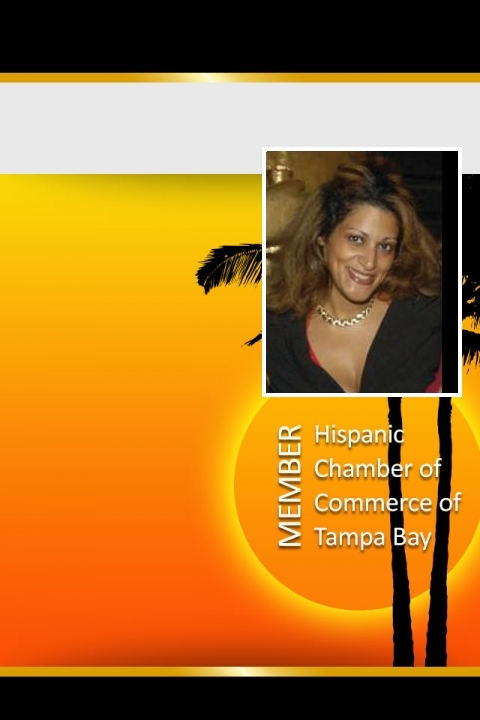 Add Jolie To Your Contacts?

In 2000, in search of new opportunities, Jolie relocated to Tampa Bay, and after taking a crash course in publishing, and “business 101” and while knowing only a handful of people in the Tampa and Orlando areas, she started her first publication; C.L.U.B. Magazine, (City of Latin Urban Beats!). The mini-magazine was a digest size and targeted mainly Latin Entertainment. The magazine eventually began distribution to the Metro Orlando area.

Today, her publication is called Latin Times Magazine, a full size color, glossy (bi-lingual) publication that combines Business, Community, Culture and Entertainment, in an impressive presentation. It offers statewide businesses a viable marketing and advertising tool by which to reach local Hispanic consumers. Latin Times Magazine is available for FREE at approximately 4,000 locations throughout Florida and is set to release its new -2nd geographical edition, which will serve the area of South Florida.

In early 2002, she became the Founder and Director of the Latin ConneXions Business Networking Socials a series of business oriented events in Tampa Bay and Metro Orlando, hosting over 30 unique and exciting events in 2011. These networking socials effectively promote local business, services, products and businesses. Scheduled events include its popular and successful monthly networking series, 1st Fridays! In early 2004, Jolie Gonzalez created the “e-Latino Weekly” Newsletter, which is an electronic Newsletter which features local and international news, cultural articles, and current events. The newsletter is emailed to over 25,000 professionals throughout Florida each week. In April of 2006 Ms. Gonzalez was awarded the prestigious “Hispanic Business Woman of the Year” award by the Puerto Rico Cultural Parade Organization of Tampa Bay. Jolie Gonzalez is also a Founding/Former Board Member of HYPE (Hispanic Young Professionals and Entrepreneurs), a former Board Member of Puerto Rico Chamber of the Gulf Coast, and of Latino Leadership. In early 2007, Jolie Gonzalez was awarded the 2007 Tampa Bay Business Journal’s Minority Business Person of The Year Award. In mid 2007, Latin Times Magazine was awarded the Idolo Award which was presented by Tampa Bay’s Historical Centro Asturiano, for best Spanish Owned Magazine in Tampa Bay. In early 2008, Jolie Gonzalez was awarded the 2008 EXITO Award for Women Entrepreneurs by the Hispanic Business Initiative Fund of Tampa Bay.

In late 2010 Jolie Gonzalez became president of the Tampa Latin Chamber of Commerce.

In 2011 Jolie received the Builder of Community Award by Univision and FMCRC at the Let’s Do Business Florida Summit.

In 2012, Ms. Gonzalez helped to organize a merger between the two leading local Hispanic/Latino chambers of commerce in Tampa Bay, and was elected as President of the merged organization the Hispanic Chamber of Commerce of Tampa Bay.

She currently serves as president of the Hispanic Chamber of Commerce of Tampa Bay a 30 year old organization whose mission is to create opportunities for its business membership base.

SavvyCard is an online business card that makes working with Jolie as easy as tapping a button!