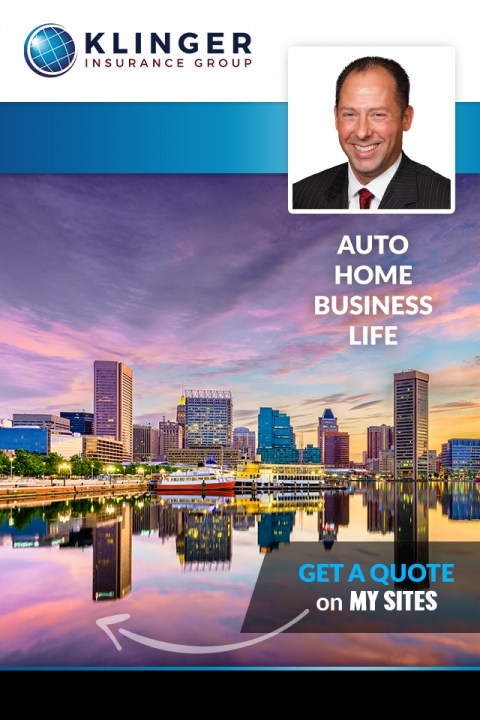 Add Robert To Your Contacts?

Robert “Bob” Klinger, LUTCF, CPIA started Klinger & Associates, Inc. DBA Klinger Insurance Group in 1993 after several years in the insurance industry. His agency specializes in Personal and Commercial Insurance, Employee Benefits, and Life in the Washington DC Metropolitan area (14 states and growing). His agency quickly grew under his leadership and now has agents that speak Chinese, Korean, Vietnamese, Spanish, Russian, Portuguese, Ukrainian and English. He brings to his clients, employees and peers his vast knowledge from his many years of selling insurance. Bob is also a past or present board member of some of the insurance-industry’s main associations – IA&B, PIA, and AIMS. This enables Bob to be on the forefront of what is happening in the insurance industry, which he can then pass this knowledge on.

A native of Pittsburgh, PA, Bob graduated from Edinboro University of Pennsylvania with a degree in Criminal Justice and a minor in Psychology. He also graduated from the United States Army Officers’ Candidate School in Fort Benning Georgia. He was a combat veteran. During his last tour of duty he was wounded in combat, before he retired. He was as an Infantry Commander for the 1st Infantry Division under the Big Red 1. CPT Klinger received numerous military awards during his 20+ years he served his country.

Mr. Klinger joined Mass Mutual in October, 1993 where he received the Fast Start Award, Freshman Leader Award, and the National Sales Achievement Award. He is a three time Century Circle Award Winner, three times NSAA, two times NQA, two times Leaders Club award winner, two times MDRT as well as Rookie agent of the Year. Recently, Bob and his agency have been featured in articles in The Rough Notes Magazine (Agency of the Month – July, 2015), PIA, Erie’s Newsletters, and several other publications within the insurance industry.

The community is also very important to Mr. Klinger. He is extremely active in and around his community. He is a member of the Frederick and Germantown/Gaithersburg Chamber of Commerce, Professional Insurance Agents (PIA), Insurance Agents & Brokers (IA&B), Washington Business Alliance (WBA), American Legion, VFW and the Purple Heart Association. Mr. Klinger is also the past President of Family Services Agency and Crystal Rock Condominium Association, the current President of KGB Investments, LLC, Vice Chair of the Independent Agent of Maryland, Chairman of the Maryland Public Affairs for Independent Insurance Agency, Past Chairman of the Maryland Uninsured Motorist Task Force, serves on the Board of Directors for Independent Agents & Brokers (IA&B) and Professional Insurance Agents (PIA), and Alumni of the Wounded Warrior Project.

Bob gives a lot of his time and money to help local charities, support local schools and endorses scholarships for minority students and interns. Mr. Klinger is currently retired from the military and enjoys having more time to focus on his family and his insurance brokerage firm. His hobbies include skiing, hiking, watching football, listening to classical music, traveling and spending time with his son and dog. Bob currently resides in Clarksburg, MD.

SavvyCard is an online business card that makes working with Robert as easy as tapping a button!