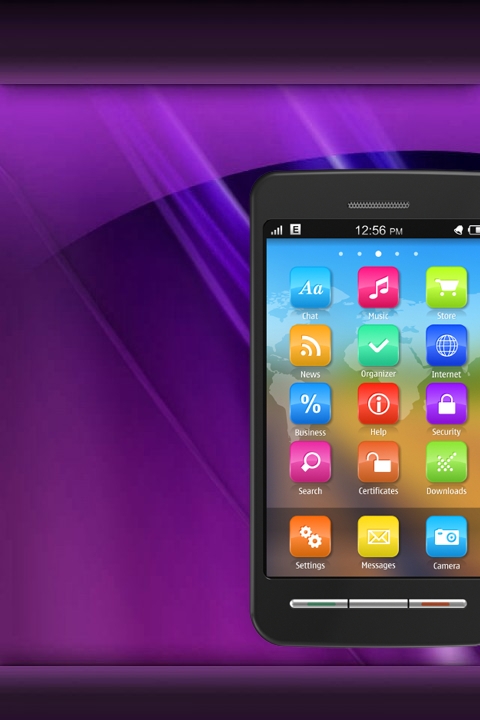 Save on SOLAVEI Mobile Service

Add Hugo To Your Contacts?

Love to help people reach their goals and dreams. Always there to lend a hand no matter what the situation is, never a loser. Always the best at doing the best I can. Not a quitter but a success. Anything you need ask, I might be able to extend a hand or ask a leader for guidance.

"Do you know the location of some of the greatest ideas in the world, some of the greatest books, and some of the greatest businesses? they're in the cemetery because people never took the time to go out there and really embark on their dreams to live their vision and realize their full potential. But that's not you. YOU ARE AMAZING!" Bill Walsh, THE OBVIOUS--- book pg. 16
More about me. I live in Upper Lake County, IL. Born and raised in the North Side of Chicago, IL. I work for the Chicago Tribune Company as a delivery driver and deliver clients’ newspapers when everyone is sleeping?. I have always been a hard working Latino for as long as I can remember with no future in Corporate America. Never saw myself working for other people since I don’t like the corporate hours. Due to my life and work background I never had enough money to make ends meet. Always working low paying jobs which only paid me $300 per week. The way I see it, to be 33 an with no promised future, I know that it has gotten to the point that I will not make it the way I am, and due to my short years in the Business Industry I need to make a change. I am not going to survive the way I am living. So my decision to meet those goals to help my parents and my future family one day will need to make a big twist. I decided to join Solavei back in July of 2012 when it was in Pre-launch! And take the chance to dedicate myself to it on a full time basis while learning advanced Marketing techniques from experts to help me make my goals and dreams come to life very soon. By being part of Solavei I will have more control of my life and be able to make smarter decisions as to what is better for me and be able to have the opportunity to meet my goals and grow my WHY stronger. Having a Home Based Business has been something of GOD given to me. A blessing! I been able to work less and not worry about having the desire to work at a regular paying job. All that I am doing is making my BOSS rich, and that is not my goal. The goal is to make myself wealthy and rich. It is a process and it will take some time. Not only is the desire to get rich but to help people out and feel good about it is what it my main priority. By having mobile service with Solavei I helped a few of my friends and I am now receiving FREE mobile service. To be honest, I don’t have to even refer people to the service since I have FREE mobile service, but that is not me, I am not selfish in fact I want to help people out and refer to them something of GREAT value, ad be able to eliminate their bill. That is something that Solavei has. There is no other mobile company out there that is as giving as this company, founded by Mr. Ryan Wuerch. Thank you Mr. Wuerch for giving me this great opportunity and blessing from the sky. Solavei has taught me how to work and play smarter, rather than work harder and make other people rich from my efforts. It will and is creating wealth like a snowfall rolling down the cliff and growing bigger and bigger like a huge snowball. This is how I see my progress; it is getting bigger and bigger by the day. I want to enjoy life the way it has been promised by GOD but it cannot be done if I sit at home and not take action. I just like changing people’s lifes and be thanked about it. That is where the excitement comes from when you help someone in need and thank you for it. ? Solavei has been very easy to share with others because I am happy of the value it has given to me. So as it is share when you like or love something, and I love Solavei, It saves people money on Mobile Service like it has given me and also have FREE mobile service. I have had FREE mobile service since August, 2012. How great is that? At the same time giving them the opportunity to earn more income on a monthly and biweekly basis. Even if someone does not want to share it or at least with two or three people; that is how much you need to do, just share it with three people and the company pays you $20 per each three people monthly, plus bonuses. Solavei is a service that is truly a win win situation! God bless all of you thanks for taking a look at my Biography! If you have any questions or concerns, please do so and get a hold of me! But if you are ready to go, let’s take the next step!

Solavei will leverage the most trusted form of advertising in history, “The Referral,” and support it with best-in-class product and service experiences.www.savegetpaid.com
Mission
Solavei Mission Statement:
Solavei’s mission is to make commerce less expensive
and even profitable for our members.
Company Overview
A little information on the Solavei Executive Summary. Ask me for it if you like:

Talking Points
The founder of Solavei, Ryan Wuerch, along with leading executives from some of the most respected U.S. companies (such as AT&T, T-Mobile, JP Morgan,


Microsoft, and others), are launching what many are calling a company that will change an industry. Solavei will be the first Social Marketing and Commerce Company, doing what hasn’t been done before and launching nationally late summer 2012. Momentum is building as key executives, advisory board members, investors and Fortune 50 companies align with Ryan’s vision. Their prevailing sentiment: “I can’t believe this hasn’t been done, and I want to be involved.” The company has already received financial commitment of over $20MM in funding at a valuation of over $120MM, which is greater than the second round of funding for both Google and Facebook.
Based in Bellevue, Wash., Solavei has determined a path to amazing growth by doing what hasn’t been done before. Solavei will provide unlimited 4G Nationwide Data, Text, and Talk for $49 or free through social marketing. Solavei will deliver a mobile services offering that will easily compete with all the major carriers by providing cutting-edge mobile phones and a world-class service experience with an unmatched management team and partners.
As the newest and most innovative company to enter the market, Solavei is leveraging a revolutionary distribution model for its services called Social Marketing. Solavei will leverage the most trusted form of advertising in history, “The Referral,” and support it with best-in-class product and service experiences. By shifting the billions of dollars currently spent on mass advertising to Solavei’s members, social marketing has the opportunity to be the “wave of the future”.
The world interacts today through social networks such as Facebook, Twitter, LinkedIn, and others. The social sphere is now a major place where our relationships are nurtured and maintained. Solavei will provide direct access for its members to leverage their online networks through Solavei’s proprietary social community and outreach experience, making it easy to spread the word to friends and family.
By participating in Solavei’s unique social marketing program, Solavei members will have the opportunity to earn residual income for enrolling new members, to the point of earning more than their monthly phone service fees or even a substantial monthly income.

To make commerce less expensive and even PROFITABLE for its members, by empowering individuals to earn income on the products and services they enjoy and use every day.

“We are going to make a difference in people’s lives by shifting billions of dollars from traditional mass-media advertising into the greatest advertising vehicle today — people. Solavei is the first company to create an economic linkage between mobile service, social commerce, and social networking technology. We give people the opportunity to earn income by using and promoting the services they are already consuming each and every day.” – Ryan Wuerch, CEO of Solavei
A PHONE OR A FUTURE…THE CHOICE IS YOURS:

If your phone doesn’t pay you…you are missing a massive opportunity to tap into a global revolution in commerce. Sure, you can choose a phone provider based on popularity, or you can choose a phone that breeds prosperity. CEO, Ryan Wuerch states, “Rather than giving you a free phone, we give you an opportunity.” The phone that once cost you money, now has the potential to create income and a sense of freedom from contracts and more.
SOCIAL NETWORK REVOLUTION:
Through their dynamic social platform, Solavei is creating a new type of Social Network…one that pays the people for the most trusted form of advertising…THE REFERRAL. And to launch the company’s vision, Solavei has started with the one service most people refuse to live without …THEIR MOBILE PHONE.
While Facebook touts over 900 MILLION members, their business model supports the mining (or gathering) of personal information from its members, and then selling it to big advertisers, who, in turn, share in the profits with Facebook. Solavei’s business model is VERY different. If the people share the message, the people should get PAID. It’s time for the people’s voices to have a value and Solavei sees that as the best win-win scenario possible. A revolution? YES!
EXECUTIVE TEAM:

Ryan is a seasoned and proven leader with experience including roles as CEO, chairman, and key visionary. Prior to founding Solavei, Wuerch founded Motricity, a mobile data services company that he grew into a publicly traded enterprise worth $1 billion, creating significant investment returns for investors. He served as president for Learning 2000, Inc., an education software company, from 1998 to 2001, and as senior vice president of ShapeRite, a nutritional supplement manufacturer, from 1995 to 1998. He was named the 2010 Pacific Northwest and 2005 Carolinas Ernst & Young Entrepreneur of the Year. Wuerch’s current board positions include the Miss America Organization and the Washington Roundtable, a nonprofit public policy organization composed of Washington State chief executive officers. In addition, he is an ambassador for the Internet Innovation Alliance in Washington D.C.

BOARD OF ADVISERS & INVESTORS:

SavvyCard is an online business card that makes working with Hugo as easy as tapping a button!